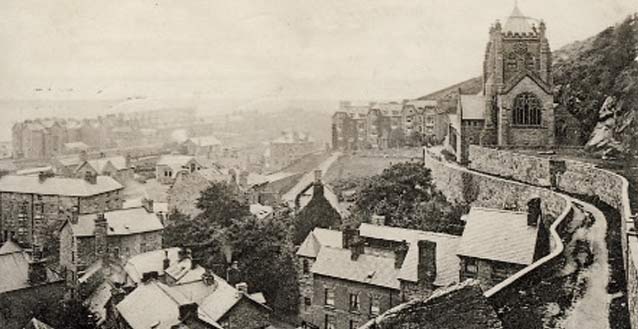 On the west coast of North Wales and lying between a mountain range and the sea on the mouth of the river Mawddach, Barmouth is arguably one of the most beautiful locations in Wales. It rests just within the south west corner of Snowdonia National Park and is seeped in a history rich with connections to the shipping and slate industries. The west coast of Wales has a long reputation of mysterious light sightings, earth lights, supernatural explanations haunt the folklore of the area.

1694 – 1696 Sea Attacks
Considerable damage was created by strange lights that “rose out of the sea”. Writing in Philosophical Transactions in 1694, “M.Lister” describes his observations of the strange lights from the sea.

“A remarkable phenomenon was seen near this town in the year 1694 and it continued about the space of eight months.

A Print of Barmouth – 1759
“It was a livid vapour, or fiery exhalation, which seemed to arise from the sea on the borders of Caernarvonshire. It made its first appearance on the side of a bay, a little after sunset, and from thence spread itself in the most gradual manner, until it had set all the houses in the neighbourhood on fire. Not only the ricks of hay, corn, and all other forts of grain were destroyed, but also the vegetables in the gardens, for it had so noxious a smell that everything perished where it diffused its baleful influence. Its effects were severely felt by the cattle, to whom it communicated a contagious distemper, but which many of them died. It made its appearance regularly every night, always rising at the same place; nor did it stop its course either by rain or storms. It was sometimes visible by day, but it was very remarkable that it never did any damage except in the night. The flames were no way violent, but its continuance at last consumed everything that opposed it. The methods used to extinguish the flames were to blow bellows, horns and such like instruments, but that was seldom attended with the desired effect.”

Further damage was charted by Francis Grosse in his book “The Antiquities of England and Wales”, published in 1797. Writing about the county of Merioneth and the towns that lay in its borders (Barmouth, Pwhelli) he states “the county is very mountainous and unwholesome..it is subject to a livid fire or vapour that has destroyed everything in its course, except it inhabitants. Great devastation was caused in 1542 and 1564.”

Supernatural Sightings of Earth Lights
Over a period of two hundred years, the lights had taken on supernatural explanations. An example of the typical folklore attached to the sightings can be seen in a letter to the Daily Mirror of August 28th 1830, a letter titled “Death Tokens in Wales”.

“One dark evening, a few winters ago some persons with whom we are well acquainted, were returning to Barmouth. As they approached the ferryhouse at Penthryn they observed a light near the house, which they conjectured to be produced by a bonfire, and greatly puzzled they were to discover the reason why it should have been lighted. As they came nearer, it vanished, and when they inquired at the house, they were surprised that no-one had seen the light.

On reaching Barmouth, the circumstances were mentioned, and the fact corroborated by some people there, who had also plainly and distinctly seen the light. It was settled, therefore by some of the old fishermen, that this was a “death token”, and, sure enough the man who kept the ferry at the time was drowned at high-water a few nights afterwards, in the very spot where the light was seen.” Other lights were also seen in surrounding towns, writing in Field magazine in February 1875, Mr Picton-Jones of Pwllheli describes his own sighting. “we witnessed here what we have never seen before certain lights, eight in number, extending over a distance of 8 miles. All seemed to keep their own ground, although moving in a horizontal, perpendicular and zig-zag directions.

Sometimes they were of a light blue colour, then like the bright light of a carriage lamp, then almost like an electric light, and going out altogether, in a few minutes (they) would appear again dimly, and come up as before.”

A month later, Mr Picton-Jones writes in Cambrian News, details of another sighting.

“The curious lights appeared again on Sunday night. We saw twelve at the same time, two were very bright, the one of a red, the other of a blue colour. They were inland, the same as before, but from what we could observe they did not confine themselves to marshy ground, although at first they seemed to rise from ground where we know there were swamps.”

Mr Picton-Jones letter spurned a series of similar sightings to be sent to the “By-gones Magazine”. “RD” describes in a letter a week after Picton-Jones letter his experience that took place five or six years earlier, this time near the marshy ground of Borth. The explanation for the lights changes to that of ghosts of the dead.

“It was about 12 o’clock pm (midnight), when I came in sight of the low ground and sandy dunes between Borth and the Dovey, the night being perfectly clear and still, and the stars shining, when to my astonishment I saw four or five lights moving apparently on the sandhills near the farm of Ynyslas.

I called the post boy’s attention to them and never did I see a man so paralysed with fright; I thought that he would have fallen off the box, and the perspiration as I could see by the light of the lamps fairly ran down his face.

He evidently considered them to be of supernatural origin as he told me an incoherent story of a shipwrecked boat’s crew being murdered when they came ashore many years ago. However, there the light were, moving about in a sort of aimless way. They were white and about the size and brilliancy of the lamps carried by railway guards and porters.”

Since scientists of the time could not offer any reasonable explanation for the mysterious fires, the supernatural would be blamed and lead to the beginnings of folkloric explanations such as Earth Lights, Will-o-the-wisp, Death Tokens and Corpse Candles.

Today we have two possible explanations for the 17th century “sea attacks” and even recent sightings.

During the earth light phenomenon that occurred over the winter of 1693 -1694, a description appeared about the burning hay ricks and buildings in the vicinity of Tydhin Sion Wyn, a stone house situated on the hillside over looking Harlech and Barmouth. Observers claimed that it was a ‘blue flame’ that was easily extinguishable, and ‘ did not harm men, but set fire to the hay’. This could be clue to the cause of the fire, Allan Pentecost writing on the New Scientist website offered the following explanation for the welsh attacks; “a will-o’-the-wisp resulting from the spontaneous oxidation of diphosphane gas produced by decaying organic matter. Diphosphane is a hydride which becomes a vapour at between 20 and 30°C and can spontaneously combust in air at low concentrations. In this case, the oxidation itself is unlikely to cause combustion but it will probably chemiluminesce in a similar manner to phosphorus vapour undergoing oxidation. However, there is no doubt that combustion did take place and this could be due to methane being ignited by disphosphane oxidation.”

“The low coastal plain below Tydhin Sion Wyn would probably be waterlogged and contain much combustible methane, but I suspect that the resulting fires were much closer to the source of the gas than stated, unless they were carried by wind.”

It seems that a majority of the sightings can be explained by the “Marsh Gas” theory but another explanation for the lights could be the Tectonic Strain Theory or Earthlights.

The champion of the Earth light theory, Paul Devereux wrote extensively about the Barmouth 1693 to 1905 lights in his excellent book “Earthlights Revelation”. Due to good, contemporary reports that had been made of these Welsh lights, Devereux found that by conducting thorough map and field research, the locations of quite a number could be mapped with great precision. These detailed positions were then matched with recent geological research in the region, and it was found that the lights followed the course of a major local feature, the deep-rooted Mochras Fault, like beads on a thread. Some of the lights had emerged from the ground directly on the Mochras Fault, and nearly all occurred within a hundred yards or so of that or associated faulting. 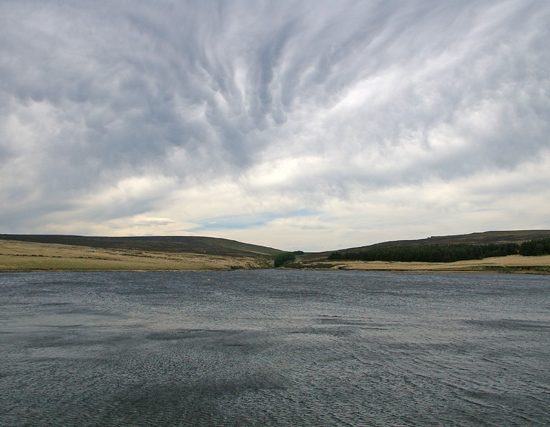 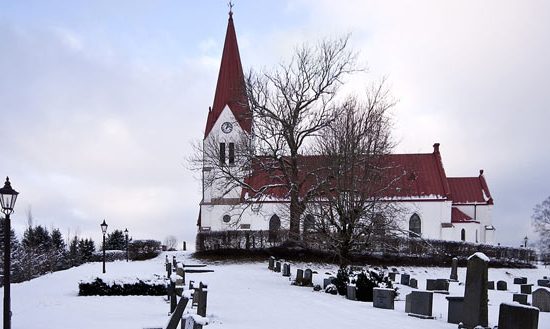 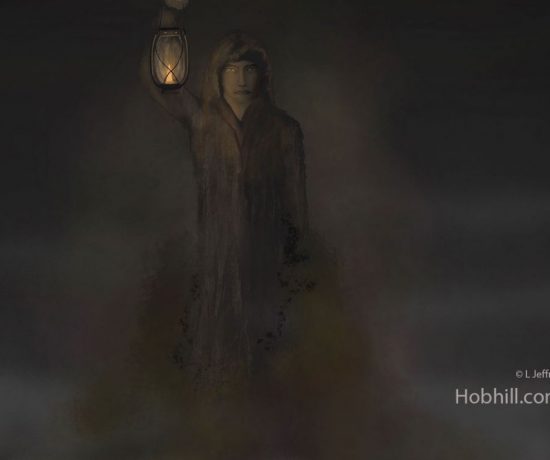