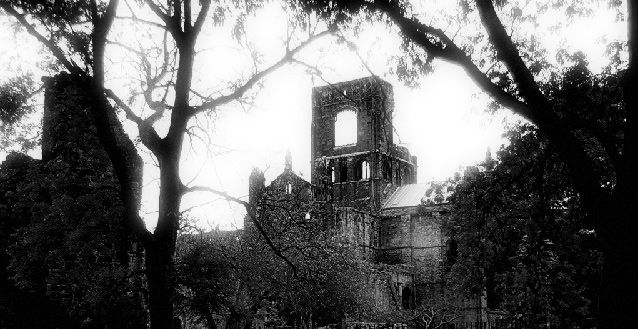 “Kirkstall Abbey, near Leeds, famous ruins of which are beloved by antiquaries and pleasure seekers is reported to be haunted,” wrote The Evening News on June 1st 1904.

The sightings of a mysterious, ghostly figure triggered a Kirkstall Abbey ghost hunt around it’s railway station and ruins!

A few nights before the Evening News article (above) a station porter pacing the platform shortly before midnight noticed a spectral figure clad in a long grey sheet from which streamed a streak of red.  Soon after the appearance of the ghost, the signalman witnessed the porter dashing frantically about but did not witness the ghost itself.

A day or two later, this time in the morning, a passenger alighting at the station alerted the same porter to a weird figure standing from the roof of one of the wooden sheds that used to stand behind the main station building.  Along with the booking clerk, the two chased the ghost and which again disappeared roughly at the same spot it did before.

Other activity had been reported by the staff including strange lights flickering around the station and around the goods sheds. A few nights after the morning sighting the ghost was seen again, this time chased by a band of intrepid ghost hunters looking to solve the mystery, however once again the ghost disappeared at the same the spot as before.

It didn’t take long for locals and the media to suggest that the ghost was that of a Cistercian monk who had once dwelt in the neighbouring abbey.  Had the ghost had been disturbed the actions of the excavations by antiquarians and driven out among the haunts of people?

Certainly the theory that a monk holds tight even today.  One modern day ghost hunter recently wrote, “The ghost of kirkstall abbey (the mad monk as we once called him) is that of a lay brother whom went mad after his brother was killed by highway men on his way from fountains abbey the monk went mad with guilt and began carving his brothers initials into the abbey grounds these can still be seen in the small bench nooks around the ruins.” As with many ghost sightings, the theory of the ghostly monk, or the Mad Monk in this occasion has no historic basis, there are no records of murdered monks by highwaymen in this area and the graffiti in question probably dates to the Victorian age.

But by the 2nd June 1904, the ghost of the railway station had been caught!

The ghost was discovered to be a girl who claimed to have a broken alarm clock! Over the week of sightings, she had awoke in the night and not knowing if she was late for work visited the railway station to see the time.

Wrapped in a blanket (with a red border) and she would stand on the low shed building to obtain a view of the station’s clock. While she was on the roof she walked along the shed and she was witnessed by the porter. When the porter caught sight of her walking along the platform and gave chase, she ran for home.

The story given by the girl is just as highly unlikely as the ghost being a ghost! She returned at both midnight and the morning over several nights and in reality she is likely to be a hoaxer who after the first night’s appearance enjoyed the spooking of the night porter. The clock story was just a cover for her actions.

The Derby Daily Telegraph wrote, “Naturally, residents of that part of the Aire Valley regret that an affair so romantic in its promise should end so prosaically. They are forced to fall back on ghost stories associated with the neighbouring abbey ruins.” 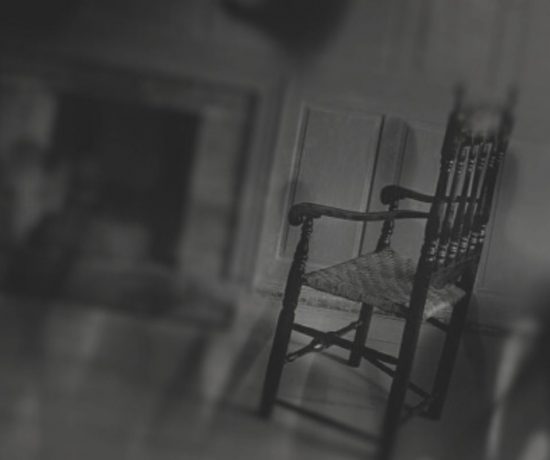 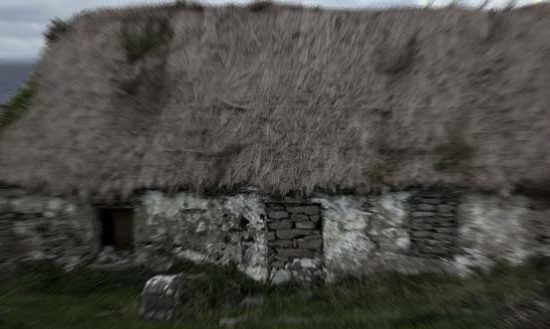 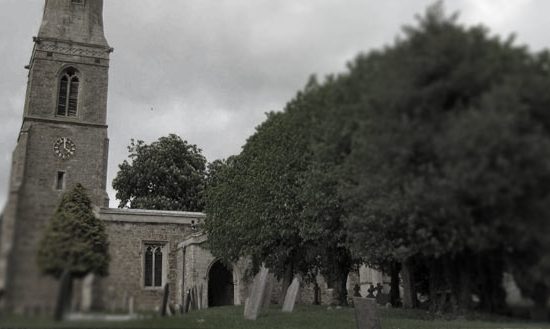