An article found in Sheffield Central Library from 1912 details a mystery that is now two hundred years old. It held a number of tiny Sheffield hamlets spellbound with a tale of mysterious footprints, a murdered wife and a haunted cottage. Here is a reprint of the article, in its original format and grammar.

“The sun had set full early that day, and storm clouds lowered. At the lonely cottage on Loxley Common on the outskirts of Sheffield, a young mother watched over her sleeping child while listening eagerly for the footsteps of her husband, who ought to have been home long before that. It was a weary vigil, the monotony of which was only relieved by a caller from the hillside.

A wanderer from Worral to Loxley casually sought shelter from the wintry blast, and here the storm was at it height, the two visitors left the mother alone with her child, while the wind bowled more furiously than ever outside.

When morning broke a native from the adjacent hamlet of Wadsley called to exchange compliments with the dwellers of lonely cottage. She knocked hard at the door, but there was no response. She stepped in.

The young mother lay there dead – murdered. But the child in the cradle slept on.

Outside, the great world was clad in white. The snow had drifted into little mountains all along the ridge and amongst the crags which roughly form a boundary between Loxley and Wadsley Common. There was no trace of life or activity save in one direction.

Footprints in the Snow

Right across the crest of the ridge and on the open common were footprints, huge footprints, as if a man had travelled that way; but unhappily, the drifted snow had partly obliterated them and here and there they were quite lost.

But the strange footprints were distinctively traceable to Loxley Common Cave – really an ancient cave like well – on the crown of the hill overlooking the valley. There they ended or began.

The footprints went distinctly to the cave, walked round it, walked in it, and they were lost.

Strangest of all, so the story goes, there was nothing to show that the maker of the footprints had passed to and from the well except that the big footprints might have resulted from the traveller having retraced his steps across the common in the first footprints. But the drift made that problematical.

When news of the tragedy reached the surrounding hamlets there was much weird speculation and superstition.

What was the mystery of those footprints to the cave?

Such is part of an interesting local romance that I have sought to piece together. (Writer’s wording.)

Naturally the question arises – where was the cottage?

Some folk today point to the cottage ruins on Wadsley Common and tell you that it was on that same site the mother rocked her babe to rest for the last time on suggest that Cave Cottage was the place, that New Year’s Eve of long ago. Some will while others refer you to the isolated farmstead to the westward of Loxley House. A little printed reference that has fallen into my hands suggests on of the former places.

Should you travel that way, perchance you may encounter some old native who will tell you a snatch of the story of a strange murder and two suicides – events mixed together although divided by a big span of time. Perhaps he may go as far as to suggest his story as an explanation of why the cottage on Wadsley Common stands in ruins, simply because most folk “feared” of tragedy ghosts that were said to haunt those parts. But chances are very great that he gets mixed sadly with his facts, and still worse in his chronology.

It is a fact, nevertheless that for years the folks on the countryside talked of those footprints and the moorland mystery.

The murdered woman was the wife of Lomas Revill, a gamekeeper and woodsman for one of the local squires, and was reputed to have come from a good family.

When the news of her sad end was conveyed to the gamekeeper in his cabin, so tradition says, he accepted it with little show of surprise. He had been at the village inn late in the afternoon on the preceding day, but there was none to gainsay his story spent the whole night in his cabin.

The moorland murder was a mystery, indeed, and for a generation and more the good folk fought shy of Loxley Cave when the shades of night had fallen.

But the years went on – only a few years – people observed that Lomas Revill became a strange man, prematurely aged, and his hair turned almost white at 52.

When the Storm Fiend Howls

Another New Year’s day came. Once more the countryside was a foot deep in snow. Lomas Revill had been missing from the post of duty at his cabin in the wood for nearly two days, and when the searchers tried the lonely cottage they found him there, hanging from a rafter, dead.” 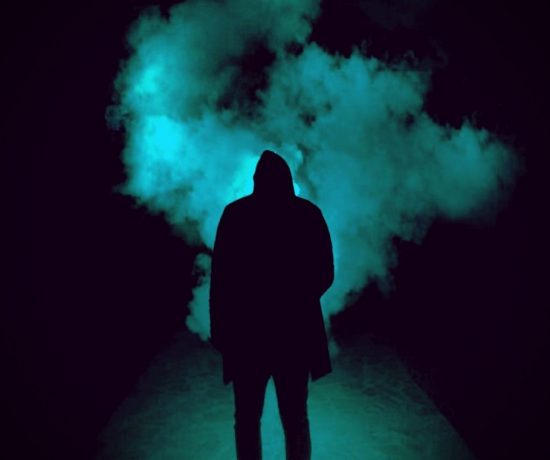 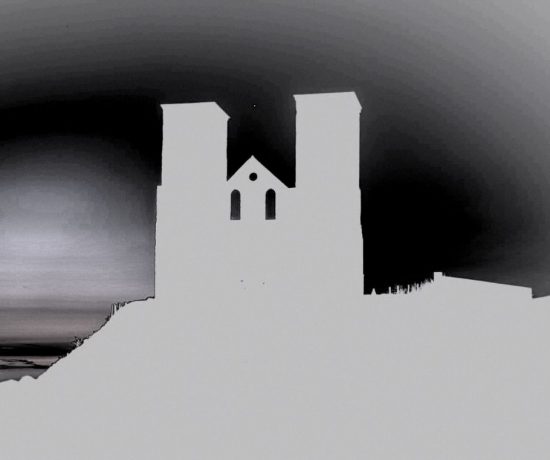 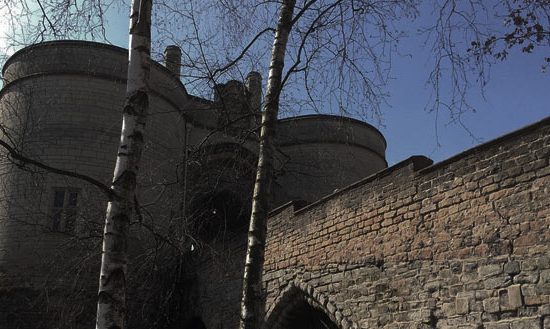