10 Most Haunted Places In Cambridgeshire 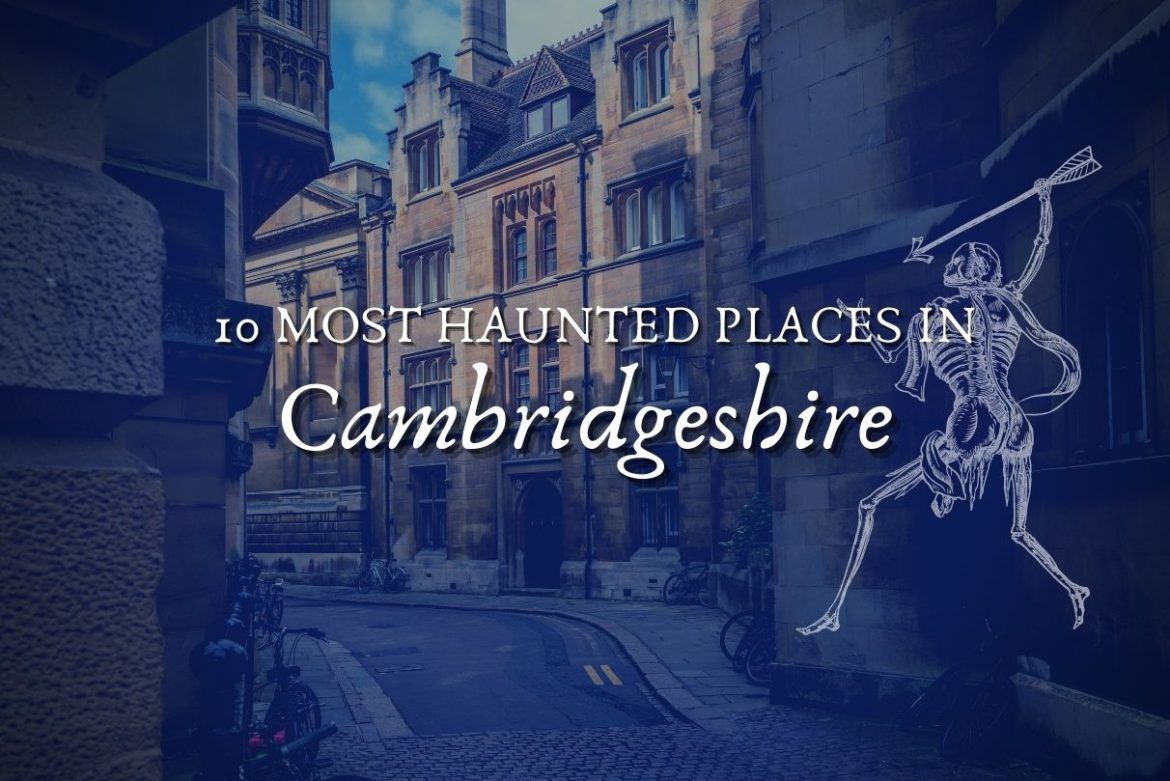 Rich in history, Cambridgeshire is full of stories of the supernatural, some quite chilling.  While each college has a ghost or two of its own it is also possible to immerse yourself fully in the experience by sleeping in a haunted hotel, drinking in a haunted pub and browsing in shops frequented by ghostly presences. Many legends stem from ancient times, while other reports are more contemporary. There are spirits which manifest themselves quite reliably and others which have been seen by very few.

A victim of love unreturned by the forester Tom, poor Juliet Tewsley hanged herself. It was March 17th, 1050 so, as a suicide, there was no burial in holy ground for the 17-year-old.  A simple stone slab marked her grave and the pub was later built over it. Her white, ghostly form is said to rise from the river every year on the anniversary of her death and drift towards her grave. Many have seen her sad form, but few have stood on her grave.

Nearly 300 years after its founding, Corpus Christi college acquired Dr Butts as its resident spectre. Apparently, on Easter Sunday 1632, after suffering from depression for some time,  Dr Butts hung himself by his garters from the rafters of his room. The garters left a grisly wound on his neck and the ghost still displays the gash. Dressed in white and with long hair, the Doctor appeared several times at the beginning of the last century.

In1948, the then-mayor of Peterborough, Colonel Arthur Mellows was tragically killed as he drove over the crossing and was hit by a train travelling at lightning speed. The sound of tyres on gravel has been reported by Mr Norman Jinks, who was a signalman at the site in the 1960s, but there have been no sightings of a car. The ghostly figures and chilling screams that are also seen and heard here are attributed to the six German prisoners of war who were killed shortly afterwards as the lorry they were in crossed the tracks.

As the colleges of Oxford, there is a tradition of hauntings in the colleges of Cambridge. St John’s is well known for the large number of hauntings that have made their home there. The most famous is another Doctor ghost, that of Doctor James Woods a former master of the college who roams the halls and rooms at night looking for candlelight. James Ashton is a student who met a grisly end in his boarding room in 1746. His murderer and best friend John Brinkley was never charged, and now the ghost of James Ashton can be heard wailing and screaming in the First Court of the College.

Not all presences were once human. Animals, too, manifest themselves.  In the late 20th century, an enormous black cat was spotted in the college grounds by two employees. The visitor could have been the legendary ‘Fen Tiger’, sightings of which have been recorded for 30 years or more. Modern-day reports of ‘enormous black cats’ being seen have also been recorded.

Loyal to King Charles 1, Dr Michael Hudson was mercilessly hacked and beaten to death in the 1640s by Roundheads during the Civil War. As he tried to escape, his hands, some say his fingers, were chopped off and other atrocities followed. His pleas for mercy were ignored by the assailants, but locals say they still hear his chilling screams and his handless ghost is seen walking the castle grounds.

The Lantern Men have been dismissed as being ‘just marsh gases’, despite the many tales reported by locals. These sinister spectres coax their victims to their death using lights that dance over the reed beds. Attracted to light and whistling, they are also vengeful when mocked or scorned, as the stories of houses burnt to the ground and their human victims attest. In 1809, Joseph Bexfield, a foolhardy young wherryman left his friends at the inn and headed to his boat to collect a parcel. He never returned to his friends, but his ghost still floats over the Fen.

The Haycock hotel was one of the last places Mary Queen of Scots stayed at on her journey to her execution at Fotheringhay Castle. Clumsily beheaded (it took two strokes) on February 8, 1587, perhaps Mary’s spirit returned to one of the last places where she had spent a pleasant time. Hotel guests report feeling her presence, hearing ghostly voices and footsteps and also sightings of Mary wandering through the rooms of the hotel.

A modern-day story with modern-day ‘proof’. A ghost has been seen on the platforms and by the toilets. Doors have mysteriously opened when no-one is anywhere near. CCTV has apparently captured some images of figures.

The Golden Lion Hotel is home to several spectral inhabitants. Investigated by The Cambridge University Society for Psychical Research in the early ’70s,  the disappointed society members left after three nights. It is claimed that the spirits immediately ‘celebrated’  by swinging open doors, ringing bells and opening beer kegs. Perhaps its most famous ghost is ‘The Green Lady’.  In 1893 in his book ‘The Official Guide to the Great Eastern Railway’, Coxe refers to her haunting room 14,  some say room 13. The Green Lady likes to remove bed linen from beds and to open and close doors. Not shy, there have been many sightings of her.

One 20th century report is of a nun who terrifies motorists by simply stepping out in from out them on a local road. By the time they have swerved and pulled over, she has disappeared. Some say that at night, the phantoms of three crashed cars on fire can be seen to burn without a sound. Researchers think the Nun is related to nearby Hinchingbrooke House, the site of a former convent. The legend states the Nun ran off with a monk, became pregnant, and on being found out the lovers were executed. In Alconbury, several people have seen the ghost around Nun’s Bridge.

More Articles About The Ghosts of Cambridgeshire

Image by Marián Okál from Pixabay