10 Most Haunted Places In Dorset 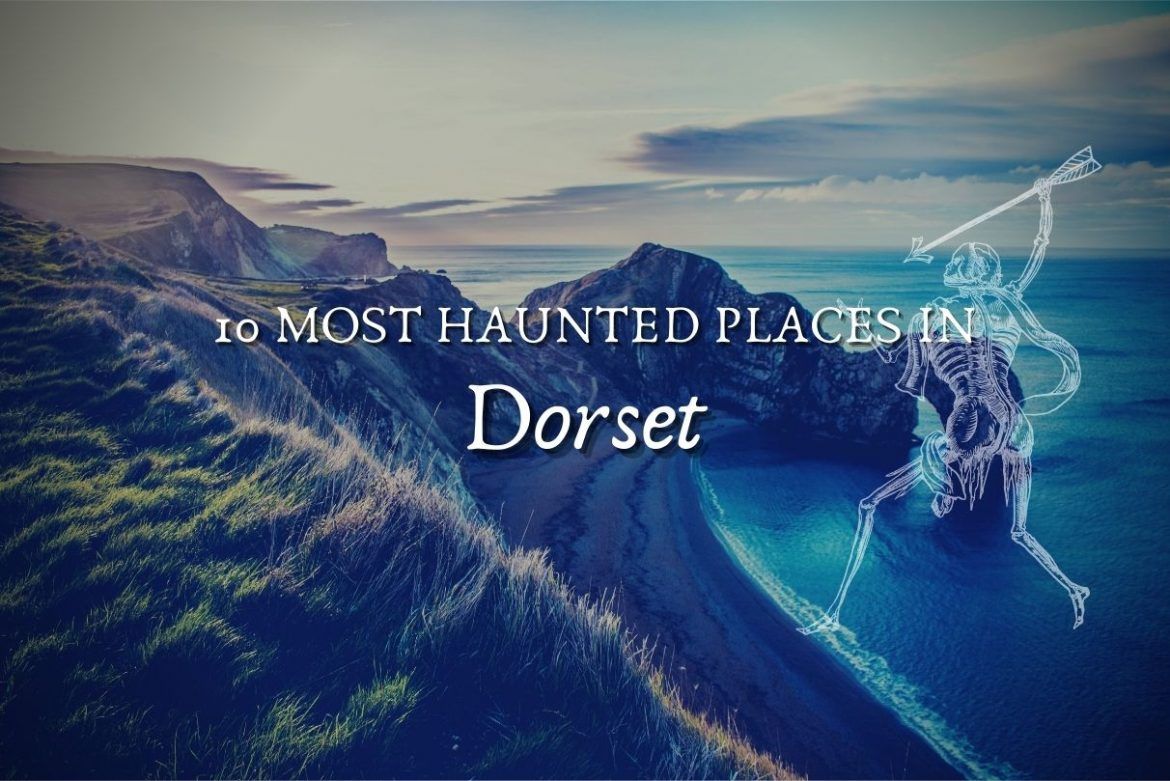 Dorset’s Jurassic coastline and Neolithic sites offer up clues to the history of the world and its long-dead creatures. Some of the dead, though, have not moved on and their ghosts appear or are heard, in the places they frequented when alive.

Smuggling was so prevalent in the 18th Century, that excise men were assigned here. Outnumbered and with the local squire heavily involved in smuggling, they had no chance. One exciseman was murdered while spying on the smugglers and his sad, lost ghost wanders the inn. Unsettling supernatural experiences at the old cottage next door have scared visitors away.

In 1924, the historian R.C.C. Clay sighted the ghost of an ancient horseman. Clay was leaving the excavation at dusk when a featureless, bare-legged, cloaked warrior suddenly appeared and rode towards him waving a weapon.

From his clothing, Clay placed him as an Iron Age warrior. He has been seen consistently over the years at early evening. Fairy singing and tiny dancing figures have also been reported on the round barrows.

In the 16th century, Nicholas Martyn allegedly kept an ape who, legend says, was desolate when his owner died and now haunts Athelhampton House. Another version is that the loyal pet was unknowingly trapped on a secret staircase when he followed a heartbroken daughter of the house to a secret room where she killed herself. The scratchings heard at night are attributed to the spectral ape’s desperate efforts to escape.

The spectre of a Grey lady who emanates cold was once mistaken for an after-hours visitor. When asked to leave, it walked across the room and disappeared into the panelling.

Some of the other manifestations include duellists from the 17th century and a phantom cooper is heard working in the wine cellar. In 2018, an old-fashioned bride appeared, and the sale of furniture in 2020 evidently agitated spectral residents as staff have heard a new female voice saying, ‘Hello’.

Built on the site of the Abbot of Abbotsbury’s Town House, in 1685 Judge Jeffreys lodges here during the Bloody Assizes. The building still retains original stone fireplaces and wooden wall panelling, as well as a ghost or two.

The house and immediate area are said to be haunted both by him and many of the 75 men he had gruesomely executed and their heads impaled outside the church opposite. The judge has been seen walking out of the back door and entering the building that was once the Antelope Inn.

It is said that a photographer captured his spectre striding about the old courthouse. Some say he has been seen in the chair he used while condemning 251 men.

The Albert Inn was used as a mortuary in 1795 when three ships sank and left hundreds of dead soldiers on the beach, and again in 1805 when The Earl of Abergavenny sank. A spectral sailor and soldier manifest wearing uniforms that suggest they were victims from the Abergavenny. In 2013 the building was converted into apartments, so far no sightings have been reported, but then again the cellar is closed off to inhabitants.

At night, an ethereal coach and horses are said to manifest on the old bridge over the Frome. Travelling at great speed away from Woolbridge house, once home to the Turbevilles. Legend holds that it is only visible to someone of ‘Turberville’ descent. Many believe it carries the ghosts of John Turbeville and Anne Howard as they repeat their 16th-century elopement.

In 978, Edward the Martyr was stabbed by his mother before being dragged along by his spooked horse. His ghost is said to haunt the grounds and his galloping horse is heard but never seen.

A shimmering, headless white lady which emanates a terrifying coldness before it vanishes frequently manifests. Some say it is the ghost of Eleanor of Brittany, others, that it is the wife of William de Braose. She and her child were incarcerated here and died of starvation.  The sound of a sobbing child is sometimes heard.

However, many believe it is the ghost of Royalist Lady Mary Bankes, who bravely defended the castle during the Civil War while her husband was fighting away. The shimmering lights seen floating around the castle at night are thought to be the spirits of the Royalist men who died defending the castle.

A crying woman or nun, a ghostly rider on horseback galloping straight through the church walls at night, and a spectral face in a tower window have been recorded.

During the daytime, a tall male spectre in a dark cloak harmlessly crossed witnesses’ path before vanishing, but seen at night, it exudes malevolence.

The eerie whistling of ‘the whistling gunner’, ostensibly crushed by a canon, has been heard for decades in the fort’s underground passages. It is said he finished the National Anthem after an investigator began whistling it.

A white figure has been seen on the ramparts when the fort was closed, and a female spectre turns cameras on and off, and opens doors.

In the 1980’s a young lad spotted the spectre of a tall man in black, which looked at him before  vanishing into an old storeroom.

People have reported feeling off-balance, or with head and back pains in Shell Store B9 and inexplicably depleted batteries are common.

Pub owners have reported sudden chilly air pockets and that overnight, pictures and furniture have been moved. Sailors are often heard singing rhythmic shanties in the wee hours. The heavy footsteps of what possibly a Victorian sailor echo through empty corridors and the ghost of a man in a 1930’s pinstriped suit has been seen.

More Articles About The Ghosts of Dorset