10 Most Haunted Places In Somerset 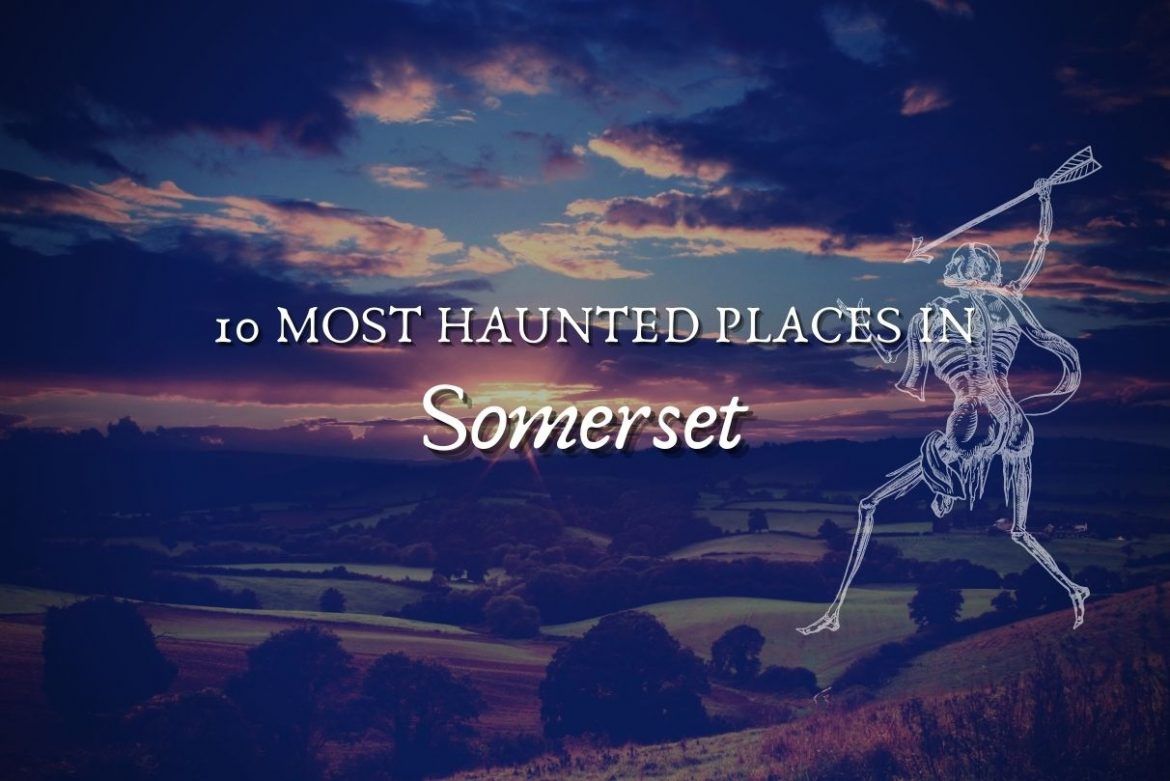 Ancient Romans, the mythical island of Avalon where legend says the Holy Grail is secreted, the Civil War and the opulent 18th century Bath, have all left their legacy on Somerset’s history and created a mine of supernatural activity.

Built around 1460 as a hunting lodge, for many years it has served a variety of purposes with shops on the ground floor and workshops and living quarters on the first and second floors. In the distant past, the building was once known as ‘The King’s Head Inn’, and a carving of the King’s head once hung outside. If you visit the building today you can see the original sculpture inside. However, the building is very haunted.

The apparition of a cat has been seeing wandering the first floor near the doorway of the panelled room. Some witnesses have seen a full manifestation of the ghost, while others have just seen its tail. Whenever a search for the cat takes places after a sighting, no ‘alive’ cat is ever found.

Another active ghost is that of a white lady believed to have originated from the Elizabethan times. She is reported to haunt the same floor as the cat, seen sitting in a chair. Many visitors have claimed to have seen a beautiful woman dress in a shimmering, glowing dress inside the property. Is this just the product of over-active imaginations – or something stranger?

The menacing spectre of an elderly gent sitting near the bar fireplace is said to be Judge Jeffreys, infamous for his brutal rulings during the Bloody Assizes in the 17th century. The spectre of Judge Jeffreys is very busy, allegedly haunting dozens of buildings between Wales and Somerset (and beyond).

Early in the 20th century, a guest at the hotel woke to hear a phantom woman whispering and laughing, while an angry male voice berated her. When silence was resumed, the guest slept again but on waking the next morning he had a bright red welt on his cheek.

In the mid-19th century, young ‘ Elizabeth’ apparently poisoned herself to avoid being indentured as a prostitute and is often seen crossing her bedroom. Ghosts of a murdered man and of a man who hung himself in the attic have also been seen.

A former landlady came across a burly knight in full armour in a corridor. Assuming he was dressed for the local carnival, she was shocked to see him melt away when she asked to pass.

Apparitions floating around, glasses flying and doors slamming also testify to the presence of the supernatural. An unknown energy blocks photos of what appears to be the tombstone of a ‘Winifred’ in the bar. No matter how sophisticated the equipment used, if there is a photo at all, it is murky and blurred.

During World War II, naval officers lodged here and during that time, many tales were recounted of supernatural experiences. The ghost of a young girl who died after shooting herself in the head was often reported, as was that of a spectral lady, who some say was in a crinoline. One startled officer apparently fired straight through her.

Dating from the 1400s, George and Pilgrims is reputedly Somerset’s oldest pub. Quarrelling, cigar smoke, unexplained noises, and ghostly harp music coming from unoccupied rooms and paralysing forces are all experienced here. The spectres of a contemporary lady complaining of the cold or the malevolent ghostly figure who appeared by someone’s bed have been witnessed in the rooms.

A regular and most famous ghost is that of a portly monk who chuckles as he wanders through rooms and walls. A sad monk from the nearby Abbey and an elegant lady, who are said to have loved each other, often wander through the halls. One story says that he remained true to his vows and pines for her, while another claims he was punished for breaking them and bricked into a tunnel.

Another monk spent nearly fifteen minutes with a guest, at some point sitting on her bed, and with a couple of murky spectres watching from behind. A slim man in a blazer, surrounded by light and broadly grinning has also manifested.

In the late 20th century, a thin man in a long black coat and hat,  believed to be the ghost of Admiral Phillip, the governor of New South Wales, was frequently seen in the area.

A terrified security officer witnessed a lady in white pass straight through him while he was on the Minstrels’ Gallery staircase. Another guard resigned instantly when he spotted a bodiless head staring at him through an internal window.

An elegantly dressed Georgian lady carries on gliding between the Ballroom and the Tea Room as she no doubt did in the past.

The Curfew Inn has a gentle ghost who fiddles with beer taps and moves pool balls around as players are leaving the table, he even takes the odd shot. His one naughty habit is that he pats and pinches employees! At night, a green-cloaked male ghost stares in through the windows!

Not far from Minehead, this once Anglo-Saxon fortification has been the home to a castle for nearly a thousand years, with the amount of history is it any surprise that it has a haunting or six? Over the years phantom male voices and footsteps echo in empty places and a scary grey lady has appeared to generations of the Luttrell family who have lived there since 1376 and only moved out in 1976 when the keys to the castle were given to the National Trust.

A few skeletons have been discovered in a cell deep below ground, including a seven-foot man chained by his wrists and ankles. The feelings in this area are of oppression and fear, so much so that dogs are keen to avoid the place.

A man dressed in green has been seen walking through the gift shop and then disappearing, also on a theme of ‘green’, green ghost lights have been spotted moving along the floor before vanishing. People sense malevolent energy and an unexplained brown, viscous liquid spoils items in unopened boxes.

If all that wasn’t interesting (or scary) enough, the ghosts of a Civil War soldier, and an elderly man sitting in the butler’s chair have also been witnessed by National Trust staff and visitors. However, the weirdest apparition is that of a human foot that terrified a volunteer.

Two separate crews of workmen at different times have heard a moaning woman at the East exit opening. On investigating, torchlight lit up a woman in a nightdress who vanished after looking at them.

The ghost of a cloaked monk has been seen in the pub by landlords and locals alike. The monk apparently also slams doors, switches lights and gadgets on unexpectedly, moves things around and makes small items disappear overnight.

An uncomfortable ‘presence’ is often felt and people once heard the noise of a book that landed several feet along the hallway from the bookshelf, even though no one was there at the time.

And to finish, a return to Bath, probably Somerset’s most haunted place. The Theatre Royal is one of the most haunted locations in the town. There are various stories about the ‘Lady Grey’ ghost, a former actress who n her last living role wore grey feathers in her hair and continues to do so. Famous Actors from around the world have witnessed the grey lady and many believe that she may have committed suicide long ago after a poor acting review. She allegedly hanged herself in the Garrick’s Head next door where she is often seen as well. Wherever she goes, the scent of jasmine follows her and people are overpowered by a sense of despair.

A phantom 18th century doorman, seen only by cast has also appeared.

More Ghosts and Hauntings of Somerset: