10 Most Haunted Places In Cornwall 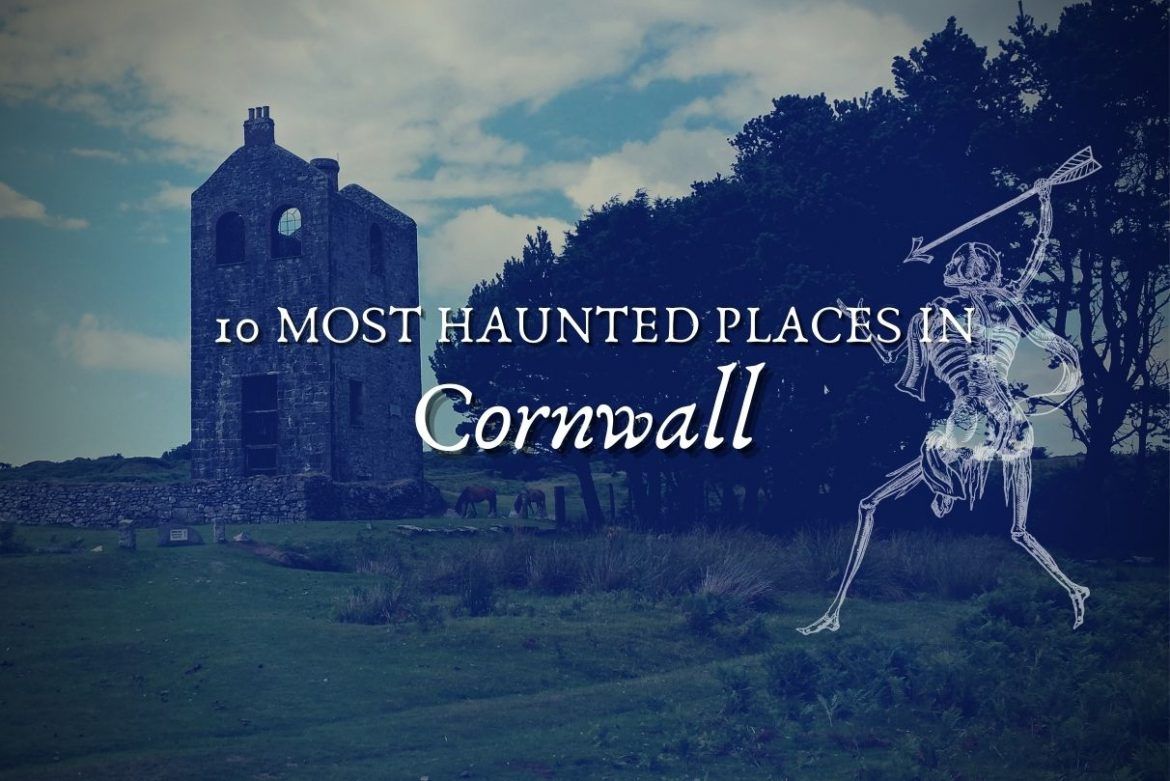 Seeped in a history of smugglers and wreckers, and with a history reaching back to ancient times, it’s easy to find pubs with ghostly visitors and haunted rooms to sleep in – or not!

The home of the Prideaux family for over 400 years, many of the ghosts date before this time. A small spectral scullery boy haunts the kitchen before disappearing into the pantry, while the phantom of a lady sewing manifests in the morning room. The wraith of Honor Fortescue, who jumped to her death on being widowed, is seen in a green dress scaring guests out of their rooms.

The house was built on the site of an old monastery and monks occasionally manifest, as does a malevolent dog. Guests have also seen walls flowing with blood and someone being beheaded!

Dating back to the 17th Century, The Wellington Hotel is one of North Cornwall’s oldest Coaching Inns. Originally known as “The Bos Castle Hotel”, it was renamed in memory of the “Iron Duke” the Duke of Wellington after his death.

Fond of the hotel when alive, the ghosts of Thomas Hardy and his wife are said to walk around the hotel and grounds. The quiet spectre of a coachman in a black frock coat who drowned in the 18th century when his horses bolted into the harbour, watches from the shadows and disappears when spotted. A ghostly smiling little girl dances about before slipping through a wall, much to the consternation of guests.

In Room 9, the energy is malevolent and an older woman appears. People have experienced the sudden cold and being briefly, but terrifyingly, pressed down and immobilised on the bed.

This famous coaching house in the middle of bleak Bodmin Moor is allegedly ‘alive’ with spectral activity. The current owners claim that the Inn’s remote spot made it an ideal hideout for smugglers and wreckers.

The most famous ghost is that of a sailor who was lured outside and later found murdered. His footsteps are heard as he returns to finish his beer. He sometimes sits outside, seemingly unaware of his surroundings. A highwayman in a tricorne hat is seen walking through doors.

Voices arguing in a strange tongue are sometimes heard. At night, the ghost of a murdered young smuggler walks around the courtyard where ghostly hooves and rattling wheels are also heard. Room 5 is frequented by a distressed young mother staring out of the mirror and her crying baby. In 2015, a very large, ethereal dog was seen running around about a foot above ground!

Bodmin jail was the site of many public hangings and visitors experience the desolation and terror that linger in the oppressive underground cells and passages.

Selina Wedge who was executed in 1878 for murdering her youngest son Harry, in an unsuccessful attempt to secure marriage with a certain James Westwood, manifests here. It is mostly children who see the ‘lady in the long dress, crying’  but pregnant women are vulnerable to the feelings of guilt and sorrow she shrouds them with. She wanders through the jail at night wailing and sobbing.

The ghost of Charlotte Dymond, dressed in fine silks, is said to return every year on the day she was murdered.

The whispering voices heard in the now sealed off loft, are said to be of a World War 1 deserter and his lover. Caught and sent back to his death at the Front, some say that he laments his fate at night.

Spirits are busy around the W.C.’s where staff hear doors opening and closing, knocking and other strange noises when the pub is closed.

The Bucket of Blood, Phillack, Hayle

An 18th-century pub with a very strange and weird history. With a name like that, how could this pub not be haunted? Legend says that a former landlord drew blood from the well and on the investigation, the butchered body of a customs and excise official was found there. The ghost of his mangled body appears at the pub dressed in soaking, torn clothes.

Furniture  is moved overnight by spiritual hands and a monk is said to appear in the old building.

One of the first National Trust properties, in 2014 the custodian experienced the lights flickering for different lengths of time every morning after she turned them on. When she interpreted them as morse code, she came up with the name ‘Noah’, and at some point discovered that a Mrs Noah had actually lived at the Post Office.

One day a visitor came running down the stairs saying there was an old lady in the bed. I decided that it must be the ghost and lots of people have said they sense a presence.

Ghosts at the hotel enjoy waking guests at night and pouring cold water over them. They also throw paintings off walls and are said to upend dustbins. The ghost of a male hotel employee from the last century is seen walking from the hotel to the nearby cottage where he lived.

The ghosts of a long-ago cook and governor have been seen and people hear phantom footsteps on the stairs and the laughter of children. The shrill screams of a poor kitchen maid who was apparently killed when she tumbled downstairs while carrying a loaded tray are frequently reported.

The First and The Last Inn, Sennen

The First and The Last Inn, complete with secret tunnels leading to the beach, was the headquarters of smugglers during the 17th and 18th centuries.  Legend says that Annie George, the landlady,  turned King’s evidence against the owner and several others when he evicted her and her husband.

The villagers took revenge for those that were hung and tied her to a post on the beach, where, weighted down with fishing nets, she drowned when the tide came in.

Her body was temporarily put in one of the rooms and apparently, she still haunts this room. People sleeping in it have dreamt of drowning tangled in fishing nets, and cats have been shut in cupboards and drawers. Sightings of Annie, dressed in black, have often occurred and driven off some landlords.