10 Most Haunted Places In Cumbria 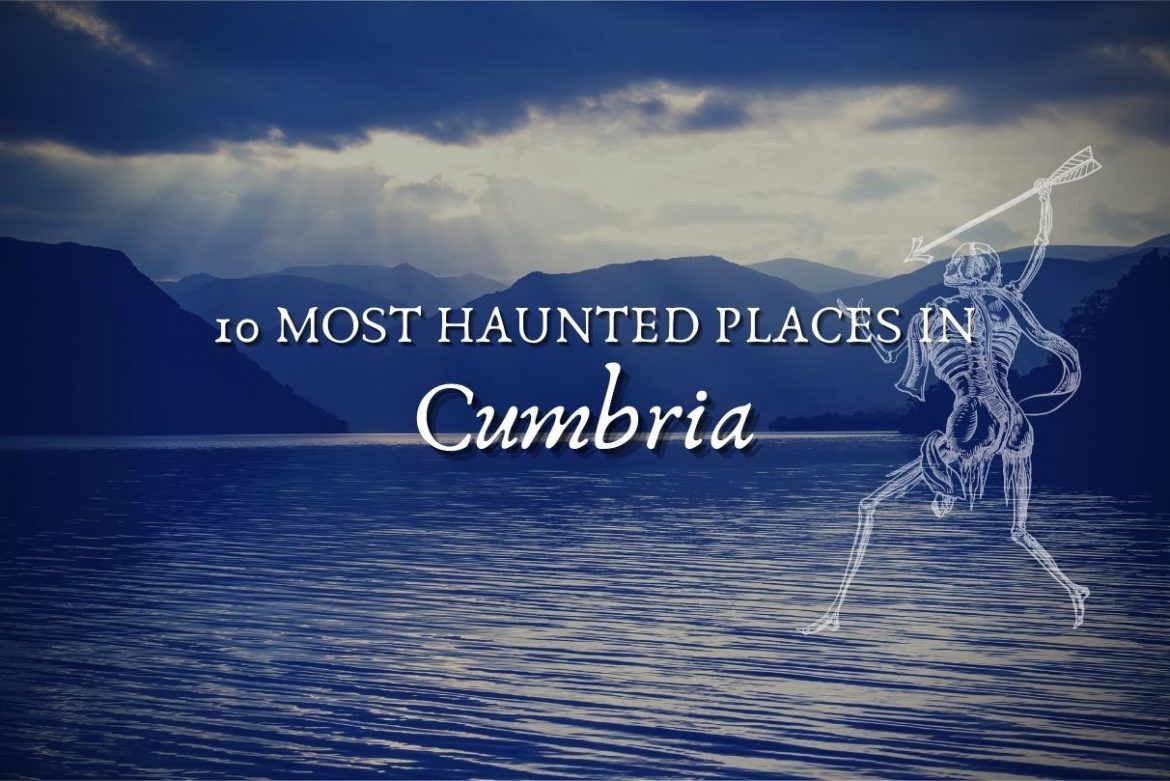 Rich in history and in legend, Cumbria offers a host of ghosts in all kinds of places from railway stations to pubs and ancient ruins. Some of the ghosts are to be expected, others less so, but all are guaranteed to leave you with an eerie feeling.

Although Tarzan is not one of them, the castle is home to several phantoms. The ghost of a man who left behind all his belongings and vanished without a trace has been seen several times in the room he slept in. A monk who was apparently walled up alive in the basement likes to knock on the walls of that same room. A White Lady also appears.

This hotel is the haunting ground of a number of ghosts who used appear in the bar mirrors and spook guests, so the mirrors have gone, but the ghosts have not. Look out for the old lady sitting in the corner of the bar watching the hustle and bustle. Room 4, offers a chance to see a young woman sitting on your bed or watching you out of the mirror when you’re in the bath!

Occurrences that defy explanation are common in Muncaster. The Tapestry Room door opens alone, the echo of footsteps and a sick little child’s crying are heard. People report being terrified by the life-like crying and experiencing sudden coldness and black figures leaning over them! The ‘Muncaster Boggle’ or ‘White Lady’ is said to be Mary Bragg, whose murder was supposedly arranged by a jealous love rival in the early 1800s. When her decomposed body was recovered from the river, the cause of death could not be determined and her murderer went unpunished. The most malevolent spirit at Muncaster is Tom Fool (real name Tom Skelton) the infamous and murderous jester. Said to be fond of malicious foul play involving unsuspecting strangers and even murder, few have seen Tom, but many have felt his alarming presence.

This small, seemingly unremarkable Cumbrian pub has plenty of paranormal activity. A full apparition of a man dressed in white has been seen in the bar and disappears in a blink of an eye.

We have lots of ghosts here, one was even playing pool. There was three of us after hours and we could hear balls from the pool table next door dropping into the pockets.

Local folklore suggests the earthbound spirits are connected to an inquest that took place in 1854. The horrendous murder of a baby took place nearby, and the inquest was held in the The Grey Goat Inn. Whose knows, but the high emotion of the inquest may have been recorded within its very walls?

The treacherous winter weather here has claimed many victims and Ruth Ray was such an unfortunate. Journeying with her child to visit her ailing father she was overwhelmed by a sudden blizzard.  She was found frozen to death but wrapped around her living baby. Ruth still haunts the inn, forewarning of imminent storms.

There are several other stories of ghosts, including one who throws things and spins glasses off tables, the spirit of a seventeenth-century boy killed by a passing coach and that of a woman who murdered her
child.

Virgin Trains once hired a Paranormal Society to investigate the terrifying happenings in this ‘most haunted’ station. Two frequent ghosts, so rumour says, are of a couple who were just married. The husband leant out of the window of a speeding train, only to be decapitated by overhanging metal. The veiled bride still haunts the scene and her headless husband wanders around Platform 8.

After skeletons were discovered in various places in the Hall, a benign cavalier ghost has begun moving around on the stairs. A vague dark figure sitting on a hallway sofa has also materialised, as has the sound of children wailing at night. Moresby Hall hold a Lancashire ‘luck’

In 2002 I interviewed the then owner of Moresby Hall and asked if she had experienced anything? She told me once she was hoovering the stairs and she heard a noise in an adjoining living room, she looked up through the opaque glass door and could see the shape of a Cavalier sat in the room. She opened the door quickly, and the figure was gone. Sceptically, she closed the door but could not work out what had given her the impression of a figure, or even a cavalier – unless it was a ghost!

Moresby Hall is a folklore and ghostly wonder, folklore handed through countless generations says there is an enormous fortune buried somewhere around the Hall. On one night of the year, a fairy fountain appears beneath the house and out pours the waters of a magical lake upon which a single magical swan swims! From the hall to a nearby by a graveyard and once Roman fort is an alleged tunnel where a white lady is seen walking the same line above ground!

Sitting on the flank of Whernside, one of the mountains that form part of the Howgills of Cumbria is Whernside Manor, formerly known as High Rigg End. In the late 1700s, the Sill Family of Whernside Manor brought enslaved Africans to work for them. Modern evidence of this exists, including a newspaper advertisement placed in a Liverpool newspaper in 1758, that shows that Edmund Sill of Dent offered a ‘handsome reward’ for the return of an escaped slave. The slave was called Thomas Anson ‘a Negro man, about five feet six inches high, aged 20 years or upwards’.

The horrors of slavery may explain the manor’s ghosts. Local legends hint at people chained up and bloody mass murder taking place. Indeed the love story between Ann Sill and Richard Sutton (a local orphan) who lived with the family was scandalised in society and even Emily Bronte used the story as an influence for ‘Wuthering Heights’.

Folklore and fact mix with Whernside Manor’s ghosts. It is said a daughter of the house loved an African coachman. Her brothers, scared of the family falling into disgrace acted, and the coachman quickly disappeared. Perhaps it was his skeleton found under the cellar floor over a hundred years later? Be careful if visit the Howgills, a ghostly dark-skinned coachman is frequently seen travelling the roads and clanking chains are heard.

One of the resident ghosts is ‘The Handy Man’. A burly chap, he moves cellar barrels and hands tools to mortal workmen, often seen with a big dray horse in the courtyard. There is also a fast-moving, black, foggy spectre which passes through floors and hovers threateningly. Though seeming to enjoy creating fear, he is harmless.

Several young women haunt Dalston Hall. One of them, seen outside rooms 4, 5 and 6 is violently abused by a ghostly man before being pushed to her death. ‘Sad Emily’ with her white, frilly bonnet in Room 4,  projects immense sadness as she twiddles her ring and watches from the window. Room 12, though, offers ghostly giggling and whispering.

Paranormal activity increased here during the modernisation of the shipyard in the early 21st century. Workers reported shadowy figures, pipes inexplicably clanging and machinery operating alone. Two contenders are the ghosts of a workaholic storeman and a worker who killed himself. Employees became so afraid that a local vicar came to exorcise the ghosts.

Another lad was upstairs changing his overalls and a shadow or something went past him, but when he turned around there was nobody there. There are a couple of big guys, one of them a foreman, who won’t go upstairs at night on their own.

A Worker reported to the BBC

More Articles About The Ghosts of Cumbria