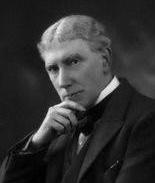 It is interesting to discover that Elliott O’Donnell’s personal archive recently sold for £25,000. Covering the majority of his working life and including a number of personal artefacts such as a lock of hair, would it have been a treasure trove for paranormal researchers and historians?

Elliott, a “ghost hunter” and writer who died in 1965, is both derided and loved in fairly equal measure, and there is no doubt that he was the first “celebrity” ghost hunter.  He was in demand across the country to give talks on ghosts and similar topics.  The archive details seem to imply that he had a love of science and took the subject of “ghosts” very seriously.

However, my personal view was that he was a hoaxer and a fabricator of ghost tales, during research of the classic haunting of 50 Berkeley Square, I discovered that Elliott had created a story attached to the building.  This was at a time when there was enough information and contemporary witnesses to either discredit the haunting or at least ignore it. Instead he created a story of two sailors breaking into the house and one of sailors falling to his death.  Just type “50 Berkeley Square sailor” into google to see how his fictionalisation of 50 Berkeley Square has been accepted as real by writers (such as Tom Slemen) and investigation groups.

His personal archive certainly would have been fascinating archive to obtain or at least scour.

I would be interested in reading “a five-page letter to O’Donnell from Lord Curzon, arranging an investigation of his haunted country house, Brockley Court by a party including Lord Eldon.” – it was during this investigation that O’Donnell and Curzon faked a ghost photograph, and for a while it was featured in many books and newspapers.  Strangely when Jessie Adelaide Middleton investigated the case, Curzon purposely left out that O’Donnell was a part of the ghost hunting party that took the photograph.  Maybe trying to protect O’Donnell’s reputation?

If you missed the listing on the “Richard Ford Manuscripts” website – here is the shortened listing.