“Millions of spiritualists find their Mecca just now in a little farmhouse which lies seven miles north of Rutland, Vermont. It is the home of William H and Horatio G Eddy and it is haunted with hundreds of ghosts. The Eddys were tormented by spirits from their birth.” Chicago Tribune December 1874

“The 38-year-old is convinced her two youngest Jadon 10, and Lucy, eight, can talk to dead people. Mrs Billington, from Cheshire, says they have made friends with more than ten spirits – including their own grandmother – in the past year.” Daily Mail July 2013

The Billington family came to the fore today with Mrs Billington claiming, “The spirit visits began in 2011 at the family’s former home in Manchester where, according to the children, the ghosts lived among them and even in their attic. In March this year, the family moved to a new home in Sandbach, Cheshire, but the children claim the ghosts relocated too.”

Because of a distribution agreement with Barcroft TV, a provider of digital content for websites across the world, the Billington’s story has appeared across the internet causing disgust and support in equal measures. The article can be found at the Daily Mail

I am not going to cast my own thoughts about how the Billington parents are dealing with their children, however I know as parent often there is discussion about invisible friends or supposed ghosts – but I feel it is my responsibility for my child to come to their own conclusions rather than dismiss or in the Billington case, actively promote the belief in ghosts and spirits.

Daily Mail’s article reminded me of the Victorian Eddy Brothers or the Fox Sisters, the latter starting or at least inspiring the international religion of spiritualism, even with the the revealing of the Fox Sisters being frauds, still operates today.

Born in the 1840s, the Eddy children from an early age lived with the narrative that their mother, Julia Ann, being of Scottish descent had inherited her mother’s gift of ‘second sight’ and this had passed on to her children. 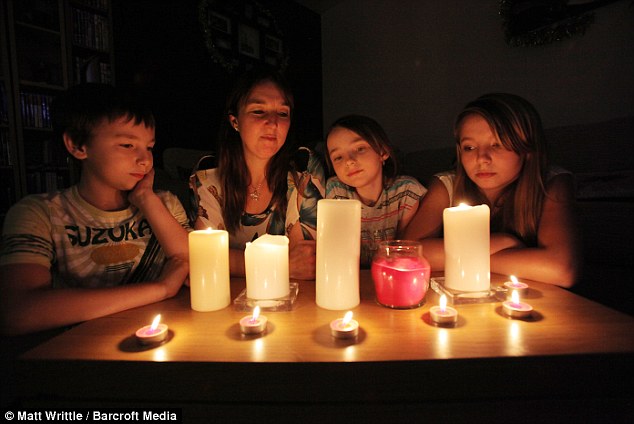 “As the family increased, strange sounds filled the house, and the infants were often lifted from their beds and floated around the room by some invisible agency. Neighbours were called in to exorcise the haunting spirits by prayer, but without success” claimed Henry S Olcott in his book about the Eddy Family and other spiritualist phenomena called “People from the Other World”.

In 1847 witnessing the furore of the Fox Sisters and the ‘Rochester Knockings’, the Eddy’s father Zephaniah began to hire out three, sometimes four of his children to showmen to take part in seances.

The crowds that came to see them “perform” in these shows made their father’s abuse seem almost tame, for one of the sideshow owner’s gimmicks was to challenge audience members to try to wake the Eddys from their psychic trances. They were beaten and abused almost daily, and even stoned and shot at on occasion by mobs believing them to be possessed by demons.

Zephaniah died in 1860 and his wife in 1873 but when the Eddy Brothers returned back to their farm they continued to organise seances and materialisations – for money. The ‘ghosts’ were good to the Eddys and until the 1880s seances provided a steady income.

Colonel Henry Olcott was fascinated with the Eddys and in the face of claims the brothers were actually sleepwalking rather than floating miles out of the house claimed, “he (had) hundreds of instances” of the materialisation of spirits. His book, which he wrote to help the cause of his and Madame Helena Blavatsky’s Thesophical Society details everything he witnessed including interviews with witnesses and diagrams of experiments that were undertaken.

Could the Billingtons really be the next Fox Sisters or Eddy Brothers? In this time of enlightenment (cough) probably not, but the resounding similarities how the Fox and Eddy siblings became ‘celebrities’ on the back of alleged paranormal activity, are far to easy to see with this case. Will Pam Billington start up a psychic school or in the future, will the next Sally Morgan or Derek Acorah have the surname Billington?